What is Project Yechi?

Chaim Feigenbaum was diagnosed with leukemia in November 2010. At the time, Chaim’s doctors informed him that overcoming his illness would require months of treatment and as such, he would be unable to continue working at his job during that time. He was advised to make financial arrangements for his family. 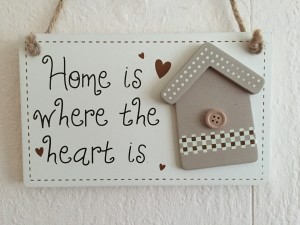 Fortunately, Chaim had been working in a family business and was able to keep his job, receiving a paycheck at the end of each month. Bills were able to be paid, food and necessities were secured and Chaim, his wife Talia, and their two children, continued to live comfortably in their home, knowing that they had enough financial support to pay their mortgage.

Meanwhile, Chaim spent months in and out of hospitals, undergoing chemotherapy and an assortment of treatments. In May 2011, he underwent a successful bone-marrow transplant and began to regain his strength and life.

Then, early in February 2012, Chaim relapsed, leading to yet another rigorous treatment of chemotherapy. He fought and struggled with the illness until May 2012 when Chaim passed away.

Taking your mind off your house… so you can focus on your home.

Chaim was always sensitive to the fact that the ability to keep his job throughout his illness was a great blessing. As such, he wanted to do something, to create something, in order to help other cancer patients who were not as fortunate as he. He thought to start a tzedaka organization that would focus solely on assisting others in predicaments like his, aiding them to continue to pay their rent and mortgages. He recognized that even if illness would keep one out of work, knowing that there was always a place to come home to would be one less stressful thing for a struggling family to worry about.

In March 2012, the name Yosef was added to Chaim’s name, an attempt to grant him added years of life, but also adjusting his Hebrew initials from .ח.י to .י.ח.י .  Chaim loved that his new initials spelled Yechi and was eager to begin working on his new organization named Project Yechi accordingly. In April 2012 the legal work began and Chaim would always check in to make sure the project was progressing and moving forward. The legal work was finally finished in June 2012, a month after Chaim’s passing. While Chaim founded the organization and was excited to run it, Hashem had different plans. Project Yechi continues his work and is now in memory of Chaim Yissachar ben Yechiel Zaidel Dov, z”l.

What Services Do We Provide?

With over 75 styles to choose from, our Tablecloth Gemach can help style your simcha to your tastes. Browse our inventory today.

“It’s All From Hashem” is our motto that should be on every car in the world. Help us spread Chaim’s message and order your FREE magnet today.

We are always looking for new ways to help cancer patients and their families, including our upcoming event on October 10th to benefit Project Yechi and our amazing work.

What Do Others Say About Us?

I am in awe and at a loss for words for the chesed that your organization shows and does in a moment’s notice.

We are so grateful for all the help. It has quite literally saved us from what would have been a financial nightmare through this whole ordeal.

WOW! Thank you so so much, you really have no idea how much this helps us! I am speechless.